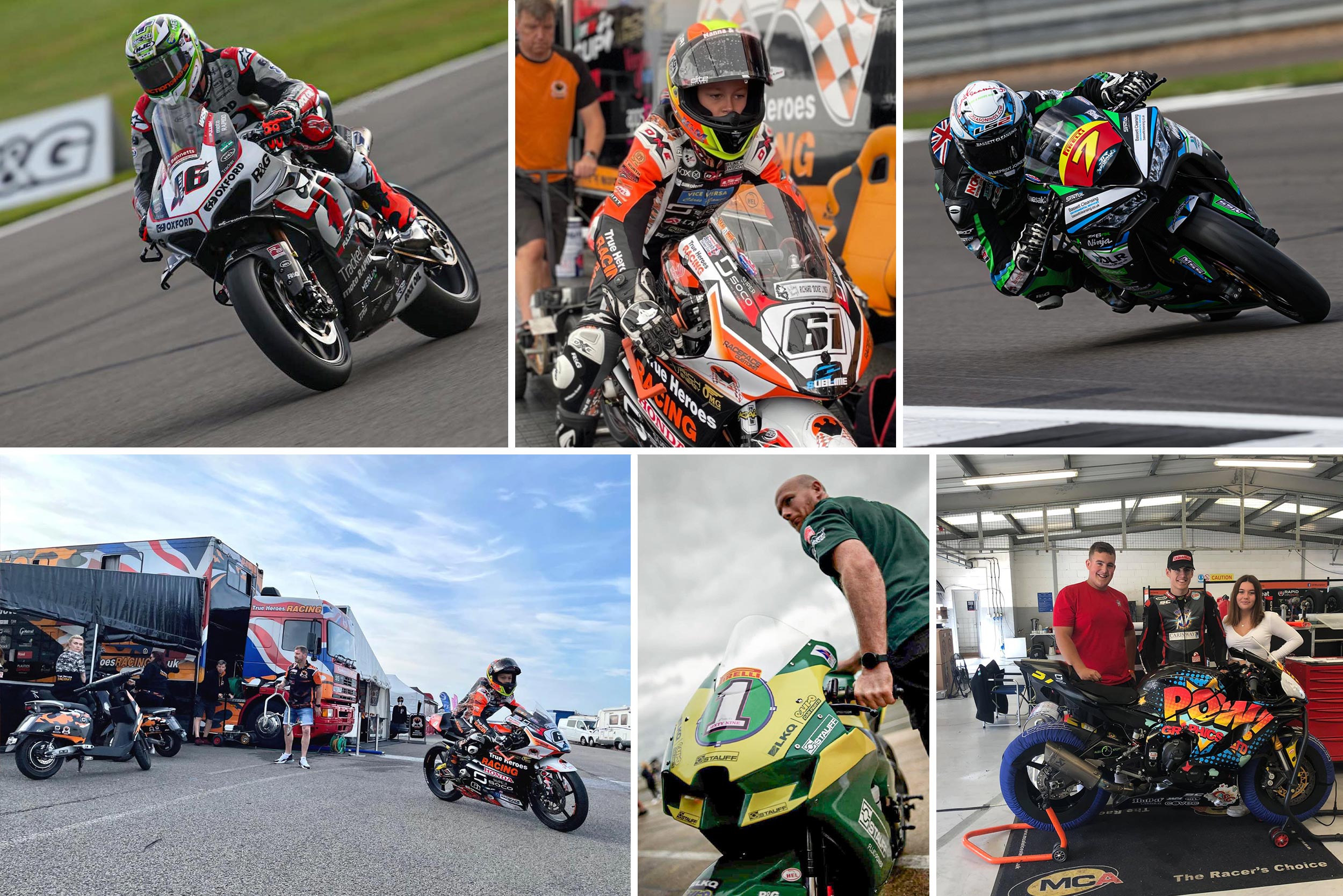 The final 8 riders have been confirmed for this year’s Bennetts British Superbike Championship Showdown, with Tommy Bridewell securing his position as a Championship contender. It was a busy weekend for all the Super Soco-supported teams and riders.

Consistency is key in the top-tier of the championship and the Oxford Products Moto Rapido Ducati rider enjoyed another successful weekend, with a third-place podium in the first race, followed by two fifth place finishes. It currently leaves Bridewell sitting in fourth position in the standings just two points behind VisonTrack Ducati rider, Christion Iddon, as we head into the last three rounds.

Super Soco sponsored Pirelli National Superstock rider, Chrissy Rouse, came away from the two races with some more well-earnt points from two hard-fought races as we head into the last three rounds of the season.

The inspiring veterans in the True Heroes Racing camp certainly put on a great show this weekend with Ben Falla and Mike Long pushing hard in the Ducati Tri-Options Cup. Dave Sellers enjoyed intense competition in the Pirelli National Superstock Championship. Unfortunately, he wasn’t joined by teammate Dave Mackay this weekend after a technical issue in one of the early practise sessions forced him to sit the Silverstone round out.

Harrison Mackay enjoyed some fantastic battles in both races in the Honda British Talent Cup. The young rider has been making steady progress in the championship this year and is continuing to develop as a future star.

Liam Delves battled in the super competitive Pirelli Junior Superstock Championship to come away with a solid 10th position in the race, along with setting personal bests and running under lap record pace all weekend.

James Bull had a weekend of mixed emotions. Debuting on a Yamaha R6 in place of his usual MV Agusta, Bull made fantastic progress through the weekend but was unfortunately taken out of the race following a collision.

The riders will enjoy a well earnt rest after two races on the trot but will be back in action again in two weeks for the second Oulton Park round of the season.